Shipping Delays: Due to global supply chain constraints, delivery on some items may be delayed. Learn More Dismiss 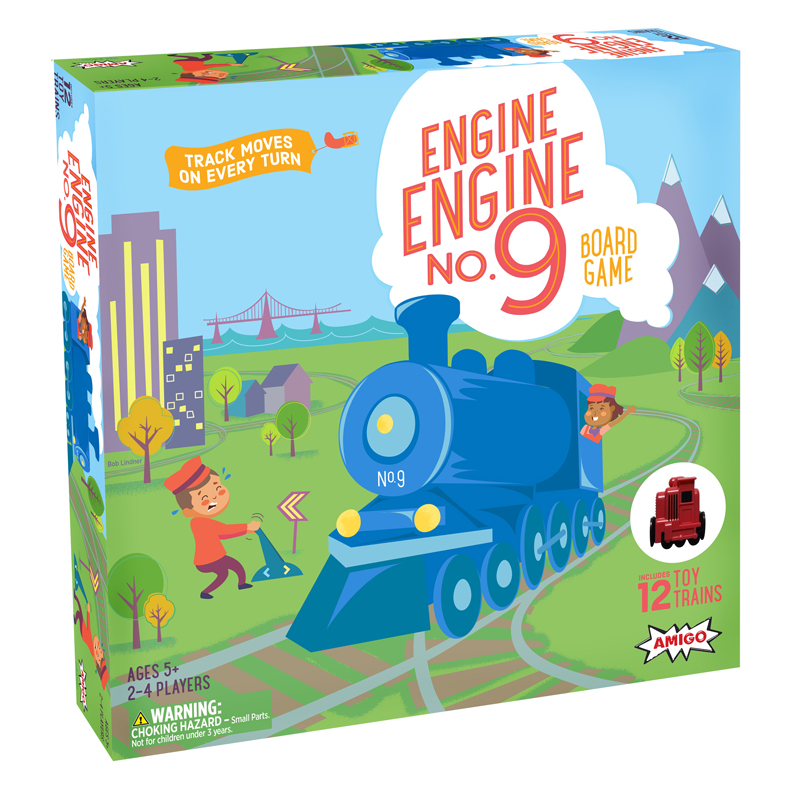 All aboard for fun with this kids game that features…loco-motion! Young engineers roll the dice and move the game board, creating a new fast-track on every turn as they race to get their engines to the station. Engine, Engine, No. 9 is one of the few board games for kids that’s actually a simple strategy game, as the tracks move and players make decisions on every turn. The inside track is the shortest, but it’s also the most perilous. And players who are on the tracks when they move get to move along with the tracks. The first player to get three trains to the station wins this game that’s great for kids to play on their own or with their parents. Includes an expansion pack with cards that extend the gameplay. For 2-4 players ages 5 and up.